New Zealand rounded off the decade with the highest number of residential properties sold for the month of December in three years and price rises in 15 of 16 regions, according to the latest data from the Real Estate Institute of New Zealand (REINZ), source of the most complete and accurate real estate data in New Zealand.

Bindi Norwell, Chief Executive at REINZ says: “The property market had a solid end to the decade with a 12.3% increase in the number of properties sold in December 2019 when compared to December 2018. That’s an additional 22 houses sold each day around the country in December, which is not an insignificant number.

First home buyers remain active in auction rooms where there have been strong clearance rates. Low interest rates continue to create more activity in the market. However, banks are still being tough with lending and have high demands for proof of repayments.  With insufficient properties on the market to satisfy buyer demand, it suggests that buyers are being more definitive when it comes to purchasing as they are aware of the need to move quickly on properties and areas with high demand. This is backed up by the decrease in the median number of days to sell which is at its lowest point for 3 years.” 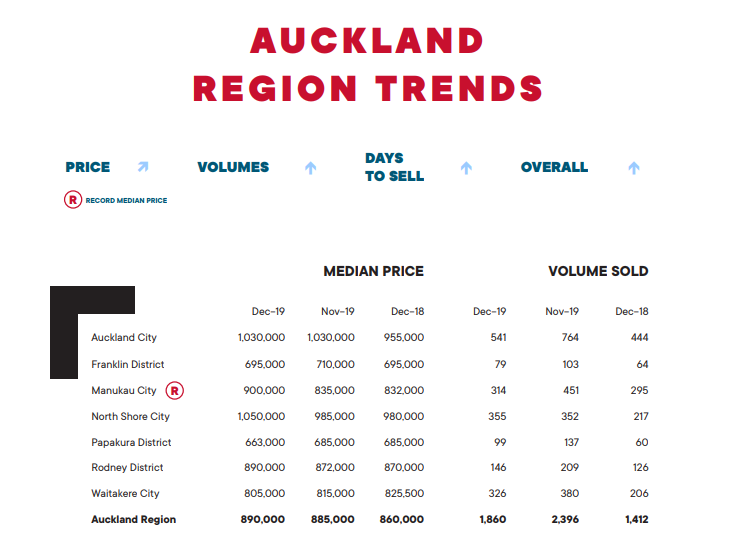